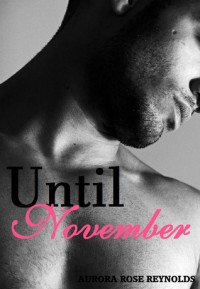 If you want an all out alpha male read, this is definitely one! November, together with her dog, Beast, who saved her life after getting mugged, decided to move to from New York to Tennessee to be with her father, to get to know him and to be safe. Her father, who owns a strip club, then hired her to do the books. That one night her father took her to the club to introduce her to the whole crew, Asher mistook her as one of the stripper with her father being her "daddy". Asher Mayson has never had a problem with women, until November. Once he saw her, he goes "mine!" ;)


There is mystery surrounding the story. Though it wasn't so hard to figure out the mystery though. There is, of course, like I said the hot alpha male, hot romance, and the pouty female. All in all, for me, it was interesting enough read from start to finish. And I do love those alpha male.
Tweet
4227 BOOKS